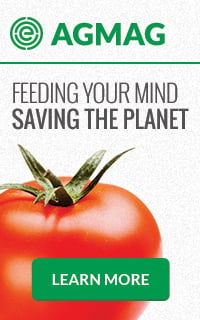 The Federal Crop Insurance Program was first developed in 1938, following the Great Depression and large declines in crop yields resulting from the Dust Bowl. The program existed for many decades but was not widely used by a large portion of farmers.

The Federal Crop Insurance Act of 1980 greatly increased the number of crops and geographic areas covered by the program, and the funds it generated started subsidizing the cost of policies.

Congress has made several changes to the program since then, making it more friendly to farmers and more costly to taxpayers.

Today, the Federal Crop Insurance Program is administered by the Department of Agriculture’s Risk Management Agency, or RMA. The program has many policies, but those most widely used compensate farmers if they experience a decline in revenue or a loss in crop yields. RMA determines the types of policies and the crops eligible for coverage and selects and pays private insurance companies to sell and service the policies.

Crop insurance is costly for taxpayers

Taxpayers subsidize much of the cost of crop insurance in three ways.

First, premiums are the price of an insurance policy – the amount that must be paid for a farmer to get a policy. But farmers do not pay the whole cost of their policy – taxpayers pick up about 60 percent of premiums, which means farmers pay just 40 percent to get a policy.

Finally, taxpayers are liable for a significant share of the payments to producers if there is a yield or revenue loss. The private insurance companies pay farmers for losses from the premiums they receive, when losses are larger than farmer-paid premiums, but taxpayers foot some of the bill for the additional payments. As losses mount, the share paid by taxpayers increases.

Legal language forces the program to be “actuarially fair” – total indemnities that are paid to farmers in the event of a loss must equal total premiums over time. But this includes premium subsidies, so total payments to farmers are much larger than the amount they pay into the program. Farmers are almost guaranteed to make money on crop insurance policies, while taxpayers pay billions of dollars a year for the program.

Crop insurance is not the only program that sends taxpayer money to farmers.

EWG’s Farm Subsidy Database details the other programs that support farmers’ incomes, including the commodity programs, congressional weather disaster bills, ad hoc subsidy programs like the Coronavirus Food Assistance Program and the trade-related Market Facilitation Program, as well as marketing loans. Farmers receive many billions of dollars a year from the crop insurance program, as well as from the subsidy programs.

Revenue policies increase the likelihood of a payout

Farmers can buy different coverage levels by “unit.” A unit can be the fields planted to the same crop in one section of a county, an entire farm across many counties, or other crop and location combinations of the two. Insuring smaller units, instead of having one policy and coverage level for an entire farm, comes with higher premiums. But it also maximizes the likelihood the farmer will receive a crop insurance payment.

Yield-based crop insurance
When selecting a yield-based policy, the farmer chooses the percentage of yield loss of the crop that will be covered by the crop insurance policy. A farmer receives an indemnity payment after the growing season ends if their yield falls below the selected coverage level.

A simple example: If a farmer’s crop history shows that their crop yield is 100 bushels per acre, on average, and they signed up for an insurance coverage level of 85 percent, they would receive a payment if their yield was less than 85 bushels.

Revenue-based crop insurance
Revenue-based insurance policies operate in much the same way, except farmers insure a target level of revenue based on the market prices of the covered crop and the farmer's yield history.

A farmer’s revenue is the crop price multiplied by their crop yield. The farmer receives a payment when their actual revenue falls below the insured target level of revenue, if the farmer experiences a loss of yield, a decline in prices, or a combination of both.

Revenue-based insurance policies were first introduced in a pilot program, in 1997. They rapidly became more popular than yield policies, since they insure both yield and price declines, increasing the likelihood of receiving a payment. Today, most crop acres with insurance are insured under revenue policies. For instance, in Illinois, 90 percent of insured acres have a revenue policy.

Crop insurance will cost more than $80 billion over 10 years

The crop insurance program is expected to cost $80.4 billion between fiscal years 2021 and 2030. That’s an annual average of $8 billion. And the program is likely to cost even more money in the future because of the climate crisis.

Depending on the type of policy they pick, farmers are paid by the program when they have a loss in yield or revenue. The factors that damage crop yields or prices and generate a loss are called the “causes of loss.” These include declines in crop prices, but most causes of loss are natural. Many are rooted in weather conditions, like drought, excess moisture or precipitation, heat, cold or flood.

Since weather drives crop insurance losses, the climate emergency is already affecting crop insurance and will have an outsize impact in the future. More extreme weather from changing climate conditions will lead to larger crop insurance premium subsidies and indemnities, and a larger financial burden on taxpayers.

‡ Data for 2020 includes payments made by USDA through June 30, 2020 and does not include crop insurance premium subsidies.

Feeding your mind, saving the planet

Is Federal Crop Insurance Policy Leading to Another Dust Bowl?